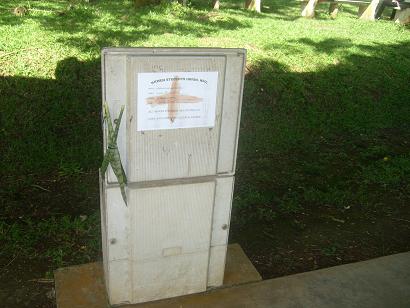 Students and authorities of the University of Buea, Cameroon, were on Monday 2 November 2009, taken aback when they turned out to witness strange paintings on the walls of some buildings on the campus. The paintings that have been attributed to some sort of occultism bare signs of a cross painted in red liquid that is bloody in nature, and strange leaves tied with a black thread hung by the side and also placed on the floor around the strange signs. 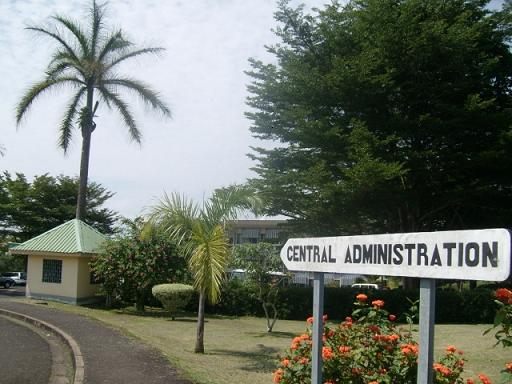 Some of these paintings were found on the walls of Chariot FM 94.5, UB students’ radio station on the university campus, the door into the office of the Director of Students affairs of the university, and on some notice boards around the campus. By press time, the technical instructor for Chariot FM 94.5, Simon Gobina, had called the office of the registrar of the University of Buea to launch a complaint. He was asked to forward a written report of what he had witnessed, which he did.

It should be noted that since the 1995 student strike action that saw the transfer of pioneer Vice Chancellor Dr Dorothy Njeuma from the Buea University to University of Yaoundé 1, instability on campus has been the order of the day. Security on campus is less guaranteed. Some students who go to read on campus have complained of attacks from un-identified individuals who at times stab them with knives without taking any of their belongings.

The recent paintings have just come to add to the existing fear on the minds of students and some staff of what is suspected as increasing signs of occult practices in the University of Buea Community.