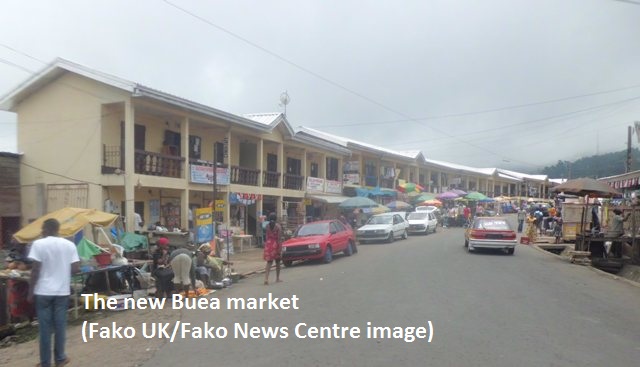 When the authorities of the Buea Municipal Council took the move to demolish and replace the sharks that went as shelters and stores at the Buea main market with modern structures, a lot of dust was raised. The general public and traders in particular who owned shops at the market complained that they would not be able to make the expected profits from the goods they had in stock. This cry was due to the fact that this decision was made towards the end of the year (November and December) 2009. 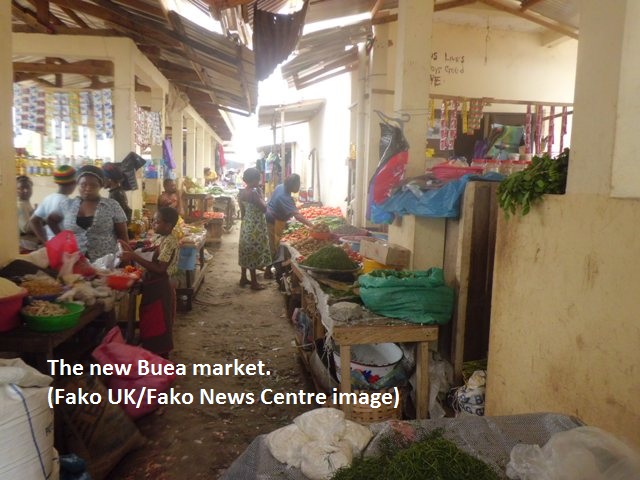 According to the traders, this period is characterised by Christmas and other end-of-year festivities which involve a lot of buying and sharing of goods. Although traders were given a temporary location near the old Buea Town stadium, many of them maintained that it would be difficult for their customers to locate them.  Thus they took the idea of demolishing the market at that period with a lot of mixed feelings. Today, probably, only few of them could still have flashes of the bad memories they had during that period. This is because they can now buy, sell and stock their goods comfortably within the new market with little or no problems. 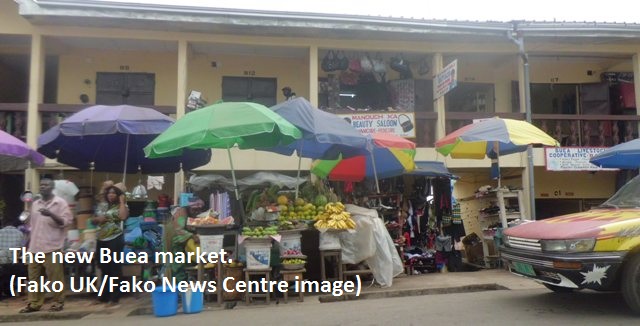 Presently, the problem of stores with leakages, flooded floors, poor walls, doors and electrification have been replaced with modern infrastructures with improved public convenient facilities. These structures have given Buea town a deserved new-look for a town that is the regional Head Quarters of the South West.
The surroundings of the market are made up of storey buildings with the doors facing the outskirts of the market. This section accommodates provision stores, tailor shops, fashion boutiques, and others.  Meanwhile the inner section of the market also contains well-constructed structures with shelves where traders display their goods, unlike in the past where they used to place their goods on the floor. There are also provision stores and parking stores where traders store their goods. The market users can now move conveniently within the market during the rainy season without constantly needing an umbrella. 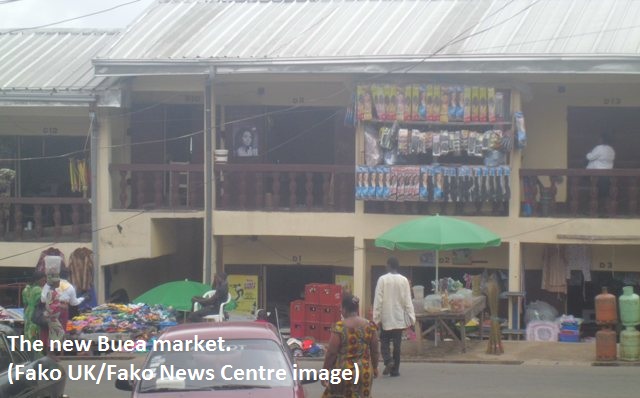 Food items like plantains, white yams, cocoyams and a variety of vegetables and fruits are locally supplied by surrounding villages like Wova, Wonakanda, Ewonda, Wokwaongo, Bwassa, and Likombe . Fresh tomatoes are supplied in abundance from the surrounding gardens and during off seasons, tomatoes are supplied from the North West and West Regions. Foodstuffs like garri, egusi, etc are supplied in their bulk from localities around Muyuka subdivision. Yet, buyers complained this is the most expensive market in Buea subdivision. Some buyers will prefer to buy their food stuff from Muea and Great Soppo markets. 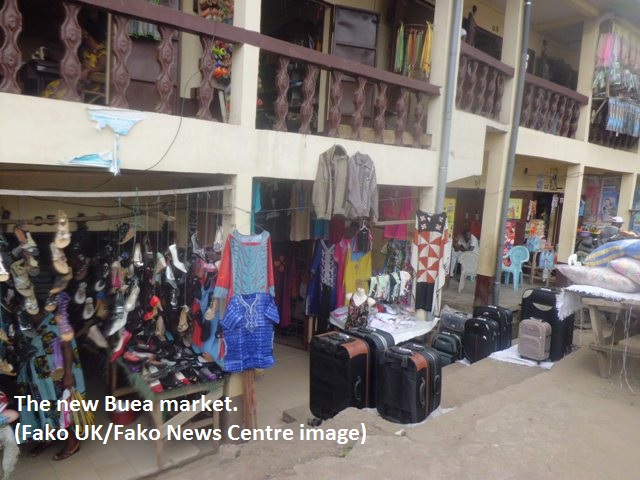 A bunch of plantain that will cost 1,000 FRS CFA  in Muea or Great Soppo market will cost FRS CFA 1500 at Buea Town market. The same goes with many other goods. However, others believe the market was created to serve the working class and hence, no matter the situation, the market operates daily with Monday, Wednesday and Fridays as the main market days. 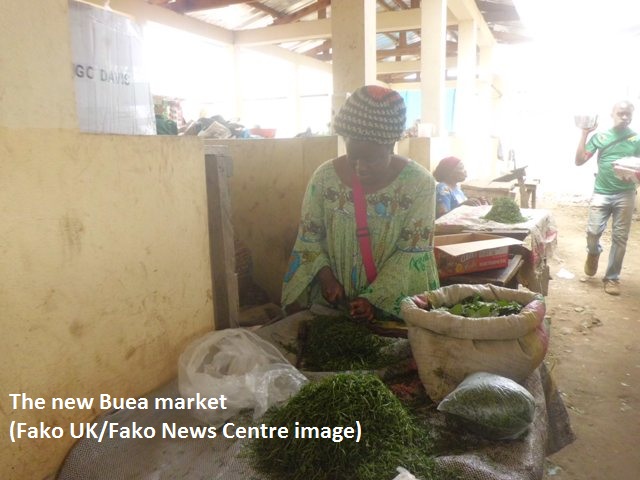 The market now operates with modern structures today, thanks to the partnership of the Buea Municipal Council and some businessmen. The market was constructed by businessmen after an agreement with the Council authorities to build, operate and transfer (B.O.T). Another section of the market situated around the former Buea motor park is still under construction.