By Efome Ferdinand in Buea 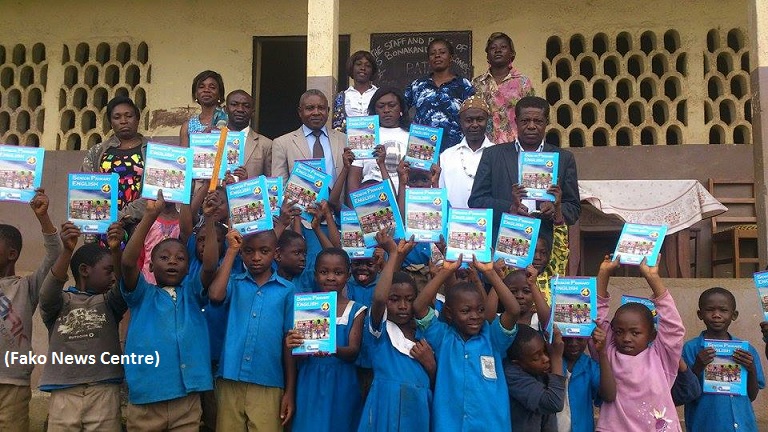 Teachers and pupils of two Government Schools in Buea, GS Bova and GS Wonakanda (Bonakanda) now have sigh of relief after receiving 50 English textbooks from former pupils of the community.
Though one of the former pupils, Captain Sylvester Azap, could not be present,   Moki Stephen Mokondo, Service Head of Communication, Documentation and Archives, ELECAM South West Region, their former teachers, HRH Chief Ndongo Emmanuel Molonge of Wonakanda and Mr. Henry Ngenye Kulu, now the Chief of Service for schools at the South West Regional Delegation of Basic Education presented the books to the staff and pupils of the schools on October 14, 2015.
While handing over the books, Mr. Moki explained that Mr. Azap who is a Company Commander in the US Army and himself visited the schools three years ago to donate sets of football jerseys and after a second thought, Mr. Azap suggested that they should do something that will help the students academically.
Mr. Moki explained that he then consulted their former teachers, Chief Ndongo and Mr. Kulu who noted that most fail exams because they cannot read or write due to lack of textbooks. He explained that after reporting back to his friend, Sylvester, they decided to come up with a project now dubbed ‘Operation Read and Write English’. 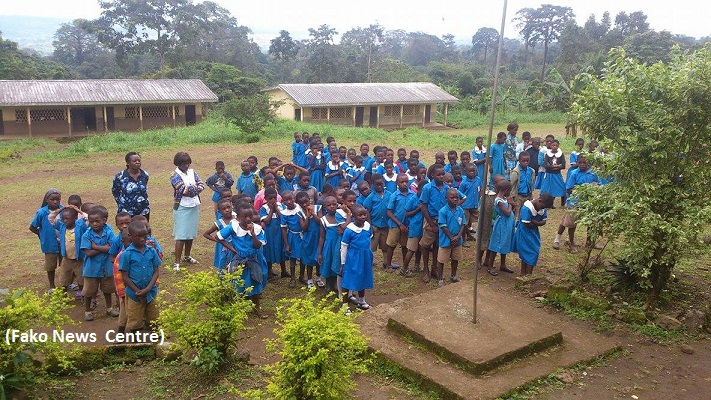 The first phase of the project targets class four in both schools and they have bought 50 copies of the English readers which have been shared to both schools. “These readers will stay in your schools. You will use them during English lessons and you can even borrow them to do assignments at home, but remember not to destroy or steal them” Moki said.
Stephen Moki added that the next phase of the project will involve classes five and eventually classes six in both schools. “Captain Sylvester and I leaved in Wonakanda but schooled in GS Bova since GS Wonakanda had not been created at that time. Sylvester strongly believes that there is need for us to give back to the community that molded us” Moki explained.
Captain Sylvester Azap, who could not be present, sent words of encouragement to the pupils urging them to be respectful, obedient, hard working and to make good use of the learning material sent to them. HRH Chief Ndongo Molonge and Mr. Ngenye, both former teachers of the benefactors caution the pupils to handle the books with care and advice the teachers to put a strategy to ensure that the books are not destroyed or stolen.
A lecturer at the Department of Journalism and Mass Communication, Funge Diffang, told the people to believe in themselves, learn to stay in class and listen to their teachers. He maintained that the teachers know what is good for the pupils and are better placed to help them succeed in future.
Reacting to the gesture, teachers of both schools noted that the donation was very timely. One of the teachers of GS Wonakanda, Julliet Efeti Ngange, noted that it is very difficult to teach in this community because parents do not see the need to buy textbooks for their children. She explained that teachers are forced to copy lessons on the board during teaching. She however prayed elites from the community to copy the examples of the donors so that all classes can be provide with at least English textbooks. 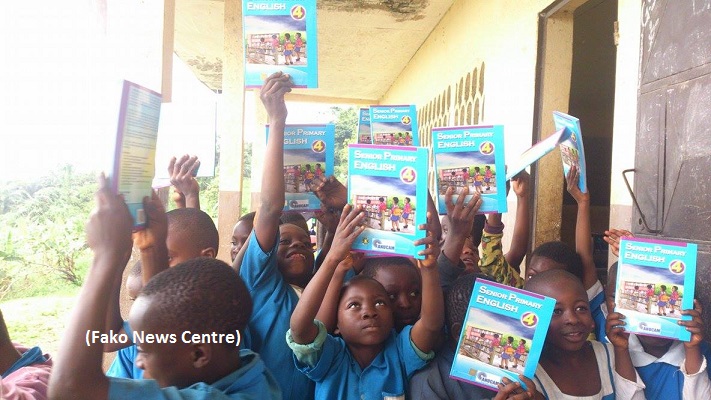 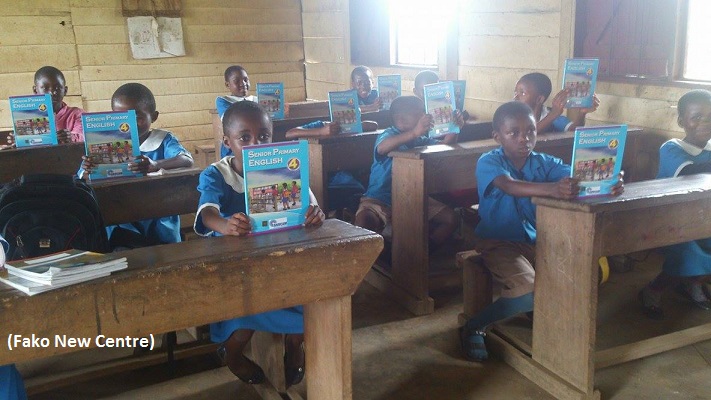 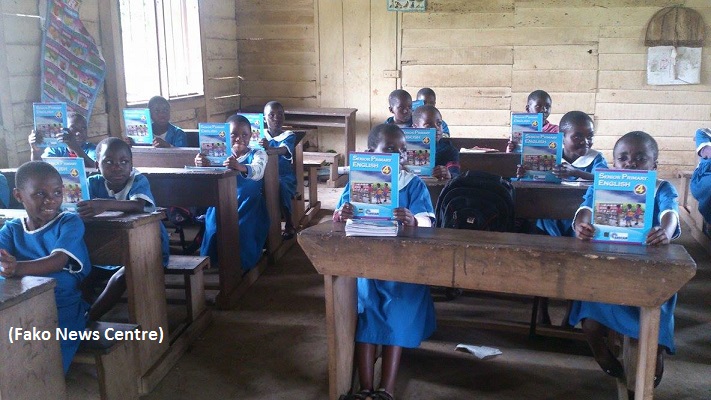