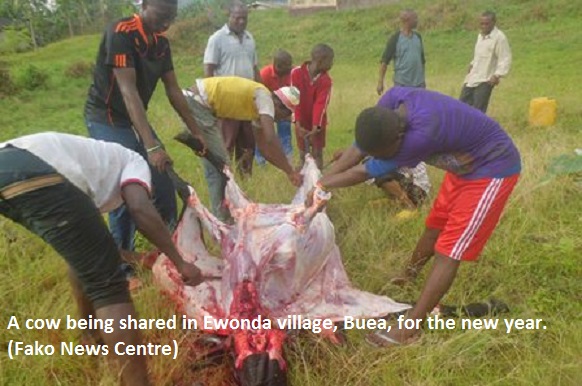 Some social groups and families in Fako division celebrated the beginning of the new-year 2014 sharing food stuffs and feasting. While some bought food items and sent back to uncles, aunts and other family members back in villages, some social groups used monies they had saved within the year to buy animals like cows, goats, pigs and fowls that they killed and shared among themselves. 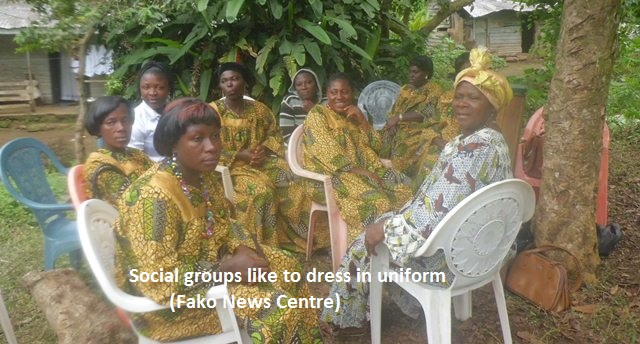 In Ewonda village in Buea, a group made up of members from Vasingi village, Bova village, Wokwai (Bokwai) village and Ewonda, killed a cow. After sharing the beef, a portion was used to prepare a common meal for members and their families. Drinks were also added to celebrate the occasion. 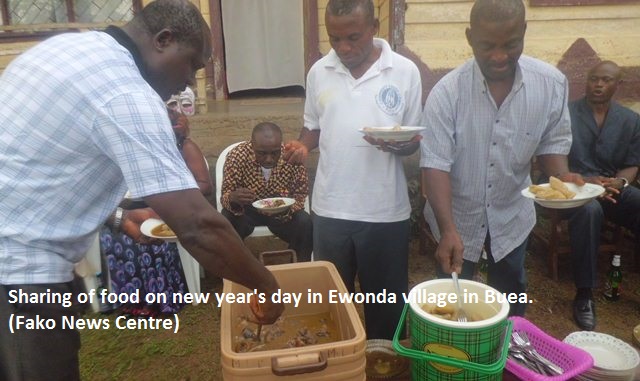 In other villagers, social groups did the same but went further to display the new uniform for the group. The groups also used the occasion to release new choral songs they had composed.
In Wokwaongo, Wonakanda and other villages, such groups could be spotted on January 1, 2014, singing and catching fun with members.