By Francis Kaisa in Buea for Fako UK/Fako News Centre 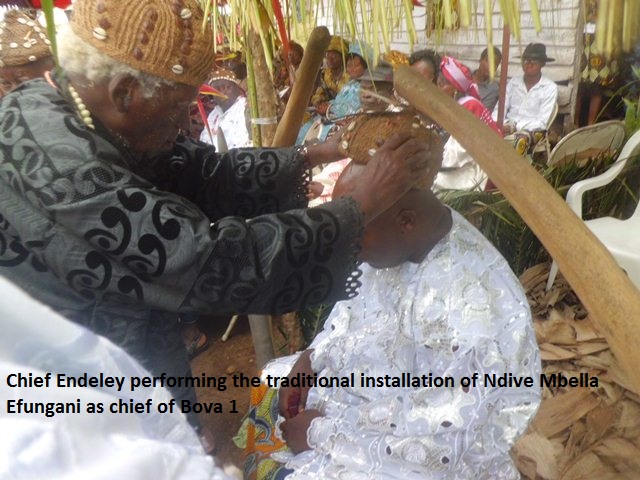 Bova I, a village in Buea subdivision, has witnessed the enthronement of the sixth successive traditional ruler in the person of H.R.H. Chief John Ndive Mbella Efungani. Chief Ndive Mbella was unanimously selected on the 23rd of October 2011by King Makers of Bova I village from the royal family to replace his late father Chief Robert Mbella Efungani who bowed out of the face of the earth on the 21st of November 2009. 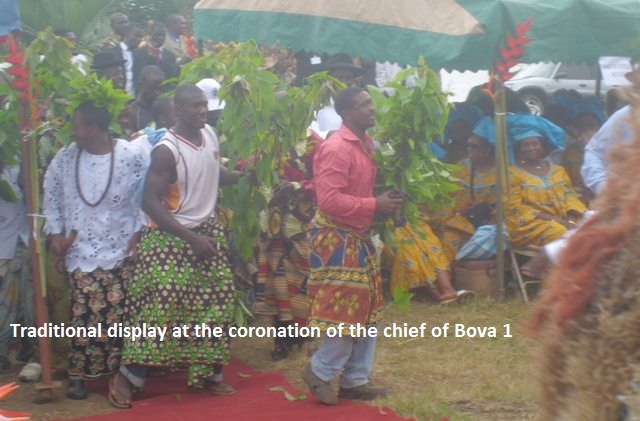 Chief Ndive Mbella mounted the throne on Friday the 11th of May 2012 in a colourfully organised ceremony that gathered traditional authorities in Buea subdivision, sons and daughters of Bova I and neighbouring villages. While commissioning the new chief to his throne, the Divisional Officer (D.O.) for Buea Subdivision, Mr Chekem Abraham, acknowledged that the transition of the chieftaincy stool in Bova has been one of the most peaceful in Fako in Buea, unlike some villages where selecting a chief always leads to violence. 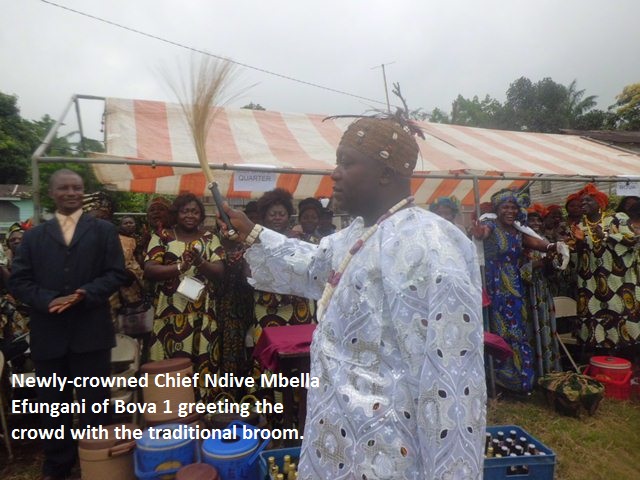 It took lesser time for the Bova I King Makers to present Chief Ndive Mbella as their chosen candidate to succeed the traditional stool during the consultative talks. That was why during the installation, the D.O. called on the new chief to work hand in-gloves with his subjects to demonstrate the trust they have bestowed on him. He told the chief of his responsibility as an auxiliary of the administration and that he should ensure that the policies of the administration  be transmitted to the grassroots. 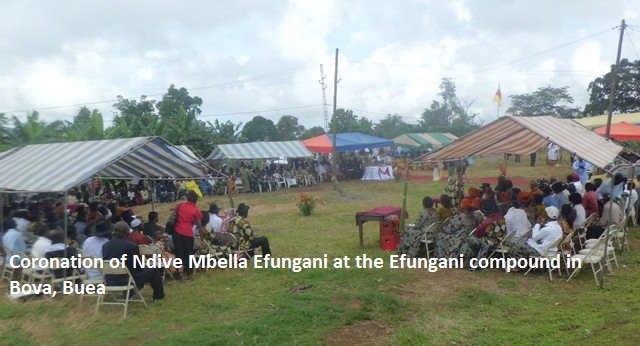