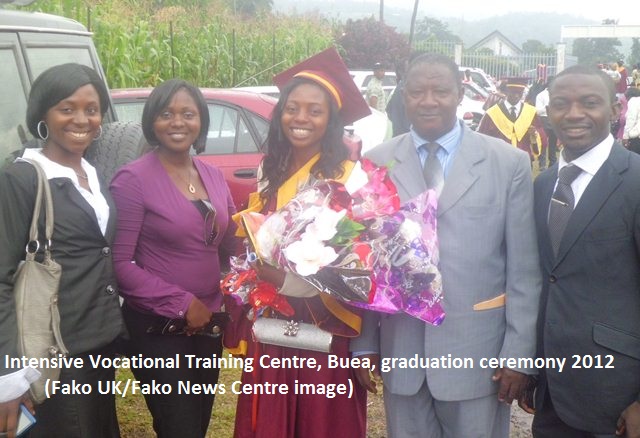 The 2010 World President of Junior Chambers International, Roland Kwemain, has told graduands of the Intensive Vocational Training Centre (IVTC), Buea, that it is the professional approach towards their customers, employers and the general public that would determine their survival in the job market. Mr Kwemain was addressing the graduands on Friday the 25th of May 2012 during the sending out of the 34 batch of trainees who have undergone a one-year intensive vocational training at the centre.
According to Roland Kwemain, until the graduands shun the attitude of laziness, lateness, tribalism, corruption and other vices, they cannot succeed in the professional world. After listing a catalogue of vices they should avoid, he maintained that with the professional skills acquired, they can venture in small businesses and become entrepreneurs in future than waiting for government’s employment.
Mr Kwemain noted that they are going to meet a stiff completion in the job market but yet, entreated them to have confidence in themselves. He explained that one of the sources of failure is lack of trust. But as professionals, he implored them to always bare responsibility, accept their short-comings and work hard to improve. 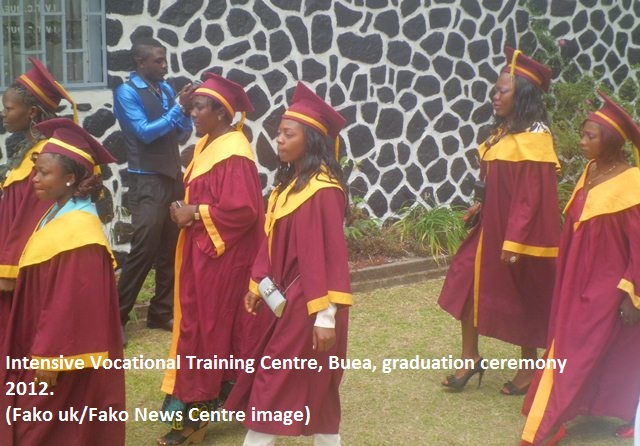 Delivering a speech on behalf of the graduating class during the ceremony, the out-going President of the student association, Doris Chibiwana Likowo, thanked the school authorities for their dedication in ensuring that they are grounded in professional skills that would enable them make valuable contributions to national development. While the Director of the Centre, Becky Efoe, called on them to be good ambassadors who would represent the institution wherever they are called to serve. 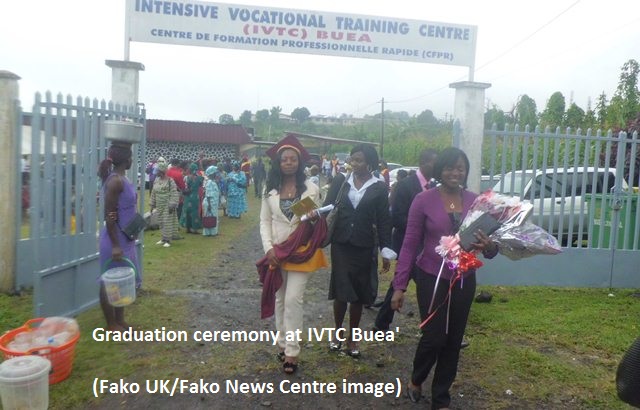 Students of IVTC wrote a national exam organised by the Ministry of Employment and Vocational Training in the following specialities; Office Automation secretaryship, Bilingual Office Automation Secretaryship, Computerised Accounting and Management, Computer Maintenance and Computer Network Maintenance. Doris Chibiwana Likowo graduated overall best from IVTC.
The ceremony that began in a very bright and sunny atmosphere ended up being interrupted by heavy downpour. However, the occasion ended in a happy note as parents and relatives applauded graduands who were rewarded for excellent performance in the national exams.