Some rural farmers around Fako Division are crying out against stiff competition from workers in the Cameroon civil service and other working class persons who abandon their offices to take the cutlass and hoe during their leisure hours to do farming. The farmers complained that the incorporation of white-collar workers who are expected to be their customers into the farming business has a negative impact on the earnings of peasant farmers. 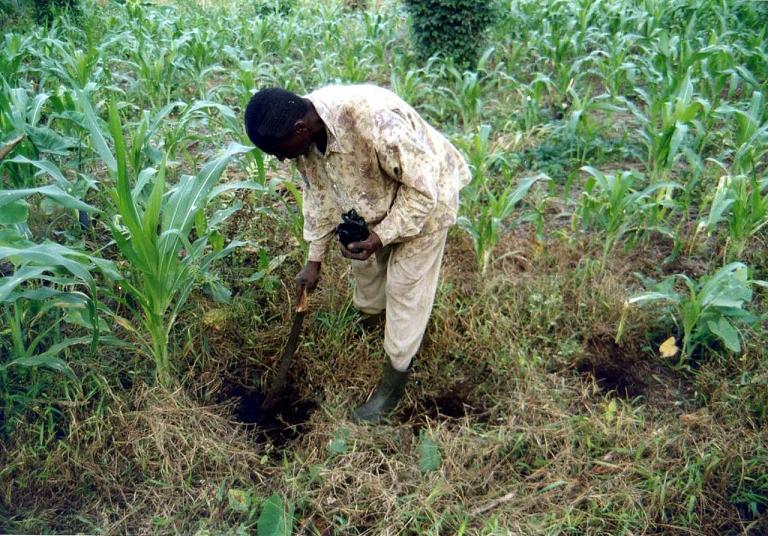 To the chagrin of many a farmer, they detest the stiff competition from these civil servants who now storm the markets with tonnes of yams, plantains and other food stuffs thereby causing the prices of farm products to fall. A farmer in Wova(Bova), Peter Elinge, lamented that he has witnessed a series of poor sales in the past ten years. He attributes this shortcoming to the fact that most of their customers have now become farmers too.  He added that they now sell their harvests at give-away prices in the local markets given that buyers have now become producers.

Mola Elinge explained that considering that their produces are perishable and also that they lack storage and preservative facilities they are forced to sell at give-away prices. He added this has been worsened by civil servants use their salaries to hire labour and cultivate hectares of land to grow plantains, yams, and other crops they harvest in tones. Thus, production now supersedes consumption. He said that there is nothing wrong in civil servants to have farms for their own household consumption. What is wrong is civil servants doing farming to sell produce that people who rely solely on farming also sell.

Referring to the eighties, another farmer, Micheal Lyonga of Wvasingi village in Buea, explained that farmers could boast of earning a fortune from their harvest. He disclosed that customers from next-door Gabon, Congo, Equatorial Guinea, Nigeria and others used to buy directly from their farms. This foreign customers, he claimed, paid higher than what local customers do today. According to him, the closing of the borders has led local customers to become arrogant and bargain discouraging prices. Since it is often difficult for farmers to consume all they harvest, they are forced to accept what is offered for their goods.

Commenting on the same issue, Hans Efome of Ewonda, said that the two salary cuts on civil servants pay packet some years ago have dealt a blow to the income of white-collar workers, so they have to moon-light through farming, he said.

Mola Efome however prayed the powers that be to encourage customers from neighbouring countries to move into Cameroon and buy directly from farmers. He pointed some accusing fingers at middle men or “buyam sellams” claiming some of them connive with some bad eggs among farmers to fix the prices of their products. At the end of the day, farmers are short-changed since their products are under-priced. He went further to advocate for a farmer’s trade union where all farmers will be members and fight for their rights.

In the same vain, another farmer, Njie Mondoa, surmised that if the road network is improved within the country, it will ease the transportation of farm products to the markets and thus will cost farmers less in transporting their harvest to the markets. He also added that if there is a good transport network, excess food stuff that is left to rot in the markets of Fako Division and other regions in the southern parts of Cameroon could be taken to the less sufficient northern regions. He claimed that this will help in creating a lot of demand of their products, and thus they will earn a living from their labour.