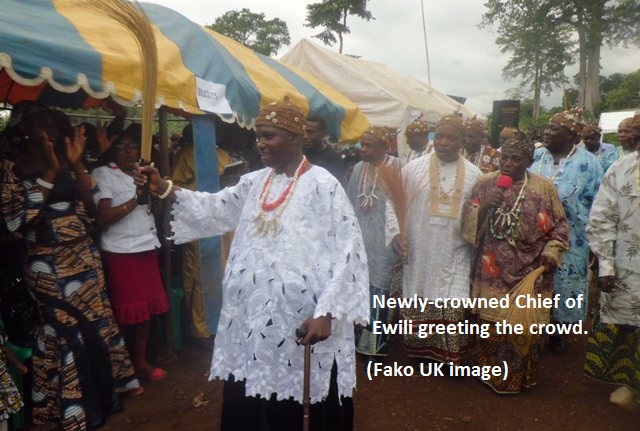 H.R.H. Chief Thomas Elinge Ndotoh Ekindi, the new chief of Ewili, a recently revived Bakweri village in Buea Subdivision, has been welcomed into the folk of chiefs and traditional rulers of Fako Division despite opposition from a small group of people led by a certain Tepi Lucas. While installing the traditional ruler of Ewili village in Buea on Thursday April 19th 2012, the Divisional officer for Buea, Mr Abraham Checkem, noted that Mr Tepi’s approach to disrupt a coronation ceremony approved by administrative and traditional authorities is un-acceptable an hence would not go unpunished since Cameroon is a state of law and order.
The D.O was reacting to an incident that took place some hours before the coronation of Chief Elinge Ndotoh Ekindi which left some persons severely wounded.  A certain Tepi Lucas who is reported to hail from the North West Region but has maternal lineage to Ewili village (his mother is Bakweri) led a gang of four to disrupt the ceremony. The gang came with cutlasses and caused some terrified on-lookers and guests to initially flee for their lives. Mr Tepi and three of his gang members managed to escape into thin air leaving one of theirs behind when they could no longer resist the punches from the villagers.
While decrying the barbaric act led by Mr Tepi, the Divisional Officer for Buea, maintained that Chief Elinge Ndotoh Ekindi was approved after consultative talks with the kinsmen of Ewili in collaboration with traditional authorities of Fako Division. He advised that Mr Tepi would have behaved more maturely if he had made legal claims to the administration to express his dissatisfaction than resorting to violence. 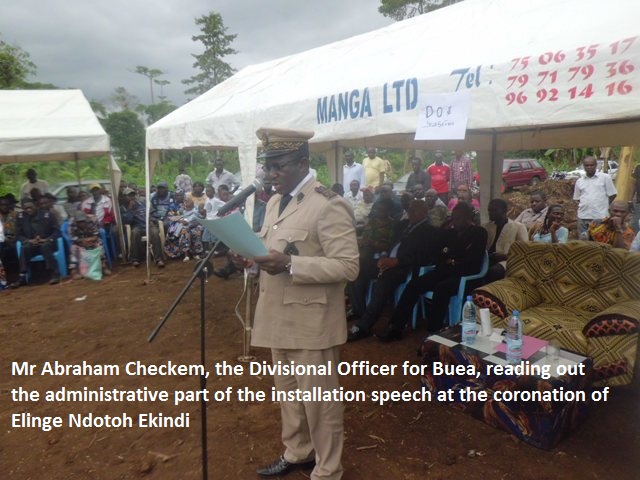 However, members of Ewili village expressed their joy to their new chief who they claimed is a true leader. According to them, months after he was elected as the chief of Ewili, he has been able to grade the road from Muea across Ewili to Lower Muea, constructed the Ewili Community Hall and brought pipe-borne water to Ewili.

While talking to the press, Chief Elinge Ndotoh Ekindi called on all inhabitants of Ewili to come and develop their community. He disclosed that he is not a chief of trees but that of humans and thus he is encouraging the sons and daughters of Ewili to take advantage of the present developments to build, settle and re-construct Ewili. Chief Thomas Elinge Ndotoh was born on the 2nd of November 1974 and is a holder of the BACC Technique from Cameroon College of Arts and Science (CCAS) Kumba. He is married and a father of two.

Chief Thomas Elinge Ndotoh is succeeding the throne some 46 years after Chief Thomas Maliva Monika. Going through archives, the following chiefs have also ruled Ewili village; they are Chief Ngange Nangoh who died in 1924, then Chief Lifambe Ngunde who died in 1929, serving only five years on the throne before being succeeded by Chief Thomas Maliva Monika.
Going down memory lane, a statement during the welcome address presented by the traditional council of Ewili, states that this village was founded by one Muambo from Upper Wolifamba (Bolifamba). With reference to the West Cameroon Gazette number 26, volume 3 of 8th June in 1963, Ewili is a recognised Chiefdom found on appendix 9 group 2 number 5 as recorded on the progress report of the colonial masters.
The occasion witnessed the participation of many Bakweri and non- Fako choral groups and Tata-Kinge who took the crowd on their hills with his traditional Cha-cha music. 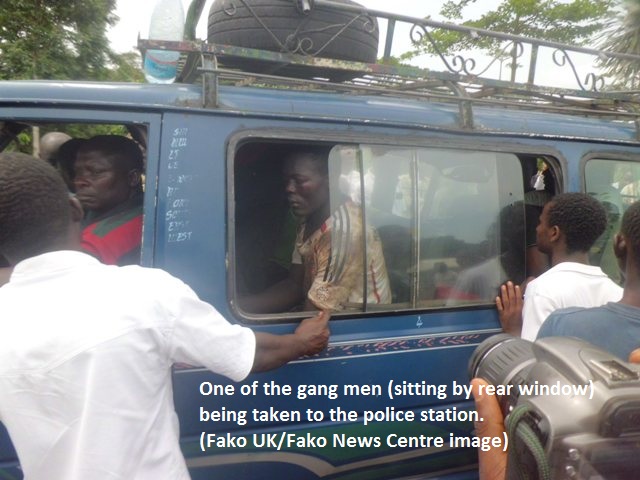