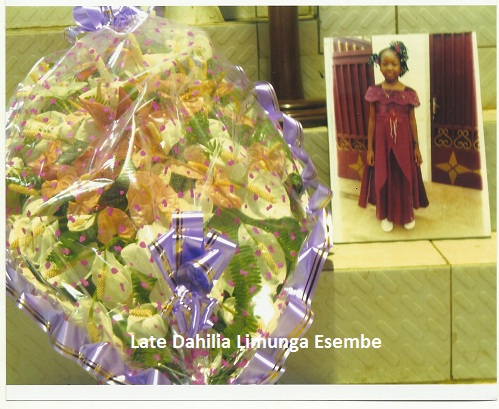 Little Dahilia Limunga Esembe who was born on October 2, 2003, and passed on last March 6, 2012, was on Saturday March 9, 2013, remembered. A special prayer service was offered for her at the Presbyterian Church, Mutengene, before the laying of a wreath on her grave at Na’anga village, near Bokwaongo village, Buea.
Before laying the wreath, Mrs. Agnes Ndive read a tribute to Dahilia from her uncle, Mola Mbua Matute who resides in the USA. Preaching during the special service at the Presbyterian Church Mutengene, the Pastor, Rev Elangwe Namaya exhorted those present not to be afraid of death but to be prepared at anytime to embrace death since it is God alone who can determine if we live or die.
After a touching and consoling sermon from the reverend comforting the family of the deceased, a notice board donated by late Dahilia’s family to this congregation in her loving memory was dedicated. 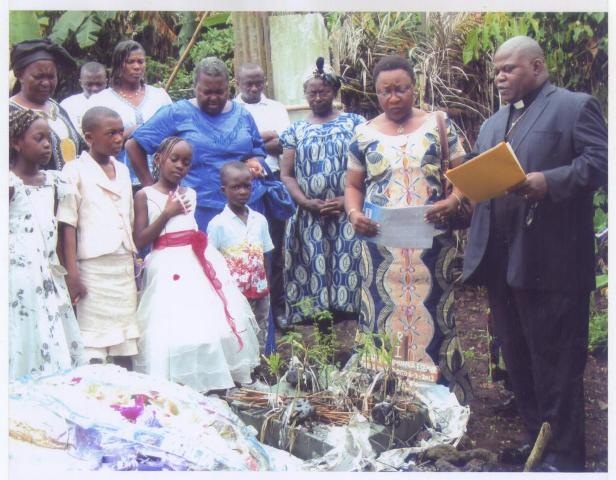 Members of late Dahilia’s family and her mother, Rose Namondo Esembe also paid a special thanksgiving and memorial service in honour of Late Mbamba Hannah Efeti Ikome who slept in the Lord on April 2009. This took place on Sunday the 10th of March 2013, at the Faith Baptist Church Mutengene. Present were the Pastors, Deacons, Christians of the church and other pastors from the PCC, her children, grand and great grand children, a host of family members and friends. Here, the congregation was reminded that death is for all and all should be prepared for it.

At the reception at late Ma Hannah’s residence, souvenir gifts made up of cards and cups with Ma Hannah’s picture were offered to the close to 300 guests.