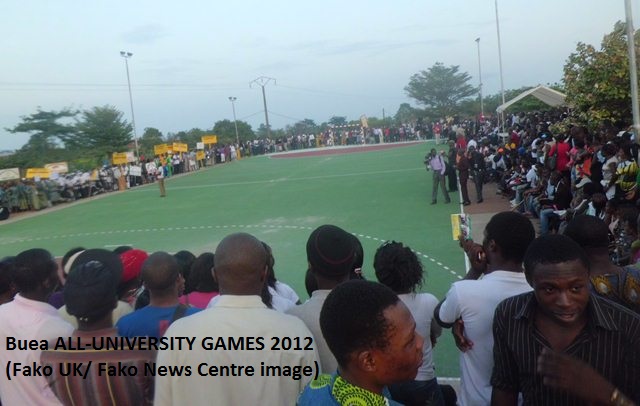 This year’s edition of the ALL-UNIVERSITY Games in Cameroon that began on Saturday 5 May, 2012, in Buea, is the 15th edition and would end on 12 May, 2012. During the opening ceremony of the games, Cameroon’s Higher Education Minister, Prof Jacques Fame Ndongo, called on all participants to exercise fair play. The Higher Education boss encouraged the youths participating at the event to use the games as an avenue to blend physical talents to their intellect, which to him would make a Cameroon of excellence.  Thousands of state and private university authorities and students, authorities of the Ministry of Higher Education and fan clubs from all over Cameroon have swarmed Buea to participate and witness these games. Varsity games are organized each academic year in Cameroon and the university to host the next edition would be officially announced during the closing ceremony of the game. 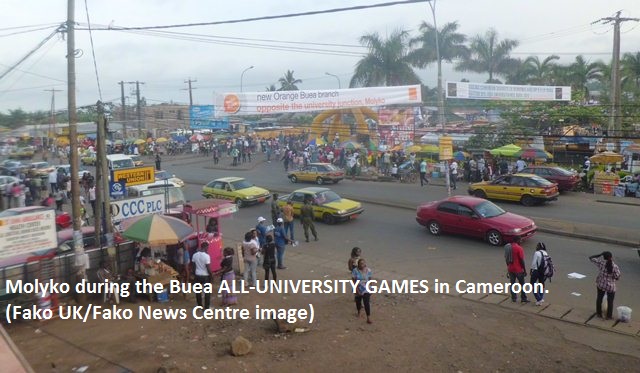 Many businessmen and women around Buea and its’ environs have temporally moved location to Molyko-Buea where the All-University Games in Cameroon are taking place at the Buea University campus. Business operators at the games village at the University of Buea as well as those running businesses out of campus have confirmed a significant increase in their daily returns due to the high demand of goods and services during this period. 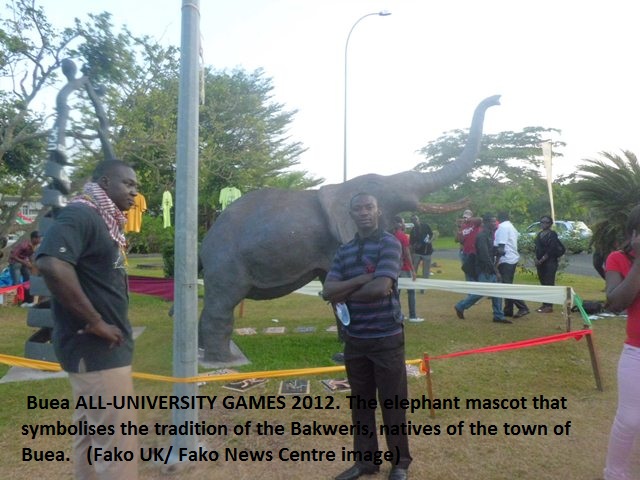 Despite the sky-rocketing prices of food, body wears, drinks and other avenues for entertainment, the ‘games village’ that plays host to over a hundred business operators; the restaurants, bars and petty shops are still being visited. Many business operators are taking advantage of the present situation to add extra charges to their goods and services to realise more profits. According to a businessman who operates bars on and off campus, he is charging an additional 50 FRS CFA to each bottle of drink sold at his bar because of high demand that often leads to shortages and also because he wants to meet up with the high cost of renting a place at the games village.

Financial institutions like Express Exchange, Express Union and a host of others have secured space on the campus of the University of Buea, to cater for monetary transactions for business operators, participants and students who have come in large numbers for the games. These activities have therefore transformed the Molyko neighbourhood and the Buea University campus into a trade-fair village. 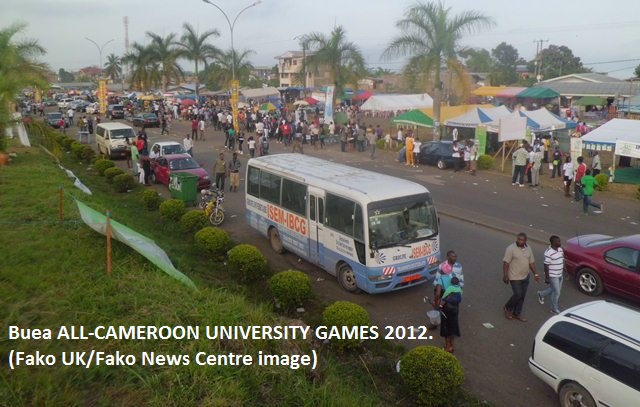 This year’s edition of the Varsity Games has witnessed one major innovation; the games’ official mascot is the ‘njoku’ (elephant) that has become a centre of attraction. The area around the mascot is constantly being crowded and photographers are making fast money from snapshots. This mascot will not only serve during the game but also after the games, reflecting the culture of the Bakweris who are the indigenous people of Fako Division.

While the games are giving many stakeholders an opportunity, especially those of the business world to realise profits, men of the underworld are also giving the community hard times.  Thieves have also taken advantage that many students are focusing on activities at the university campus to burgle their rooms. This has caused the security service to step up measures to address the problem of security. Forces of Law and Order can be seen at ends of the campus patrolling to ensure safety of all who are part of the event.