THE LATE DR BATEY BESONG IS HONOURED BY SUMMIT

MAGAZINE DURING THE MAGAZINE’S FIFTH ANNIVERSARY

Hundreds of people have thrown their weight behind the publisher of Summit Magazine, Kange William Wasaloko, to raise funds for the creation of a foundation in honour of one of Cameroon’s celebrated literary minds, Late Bate Besong who was fondly called BB. The ceremony that took place on Saturday July 7, 2012, at the AMPHI 750 of the University of Buea, Cameroon, saw a large sum of money being raised to start up the foundation.
The fund raising exercise was part of activities marking the 5th Anniversary of  Summit Magazine. Being one of those who the departed literary icon must have touched, Mr Wasaloko Kange, used this event to pay homage to this great writer, Late Bate Besong. 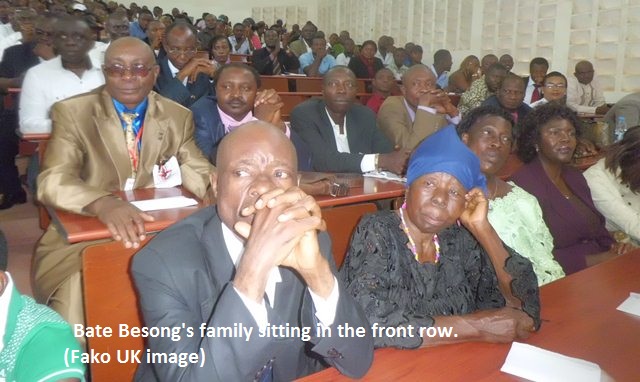 The funds, according to Mr Kange, will be given to the widow of Late Bate Besong for the creation of the foundation and printing of his books. The organiser prayed the University of Buea and the education family to include Bate Besong’s books in their book list so that profits generated from the sales could be used to sustain the foundation.
The mother, widow, children and other relatives of the celebrated writer were part of the ceremony. Though at her late age, Mr. Kange explained that he insisted the mother of Late Bate Besong be part of the ceremony so that she could witness how great her son was.
Making presentations and analysis of Bate Besong and his writings, the Vice Chancellor of the University of Buea, Prof. Pauline Nalova Lyonga, and Prof. John Kengasong both appreciated him as a smart literary mind whose legacy would benefit generations to come. However, Prof. Pauline Lyonga confirmed that BB’s writings were very difficult for an ordinary student to understand. 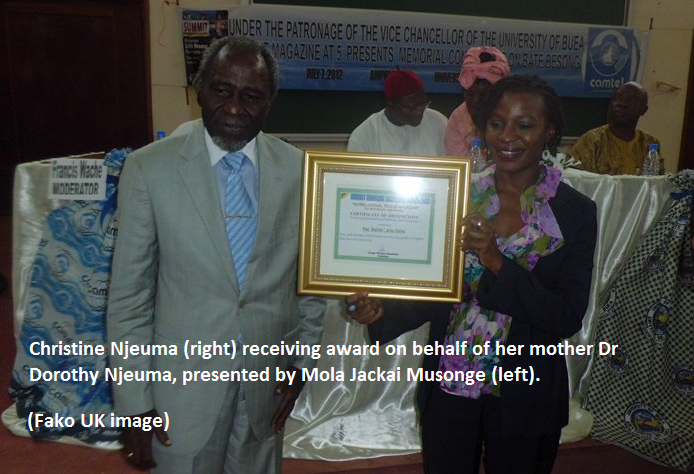 Bate Besong died in a ghastly car accident on the Douala-Yaounde highway a few hours after he launched his last book, The Disgrace. During this celebration marking the 5th Anniversary of the Summit Magazine, the publisher, Kange William Wasaloko, organised a memorial conference during which Late Bate Besong’s last interview on Cameroon Radio Television (CTRV) was screened, poetic citation of his work and extracts of his drama and poetry were also done. 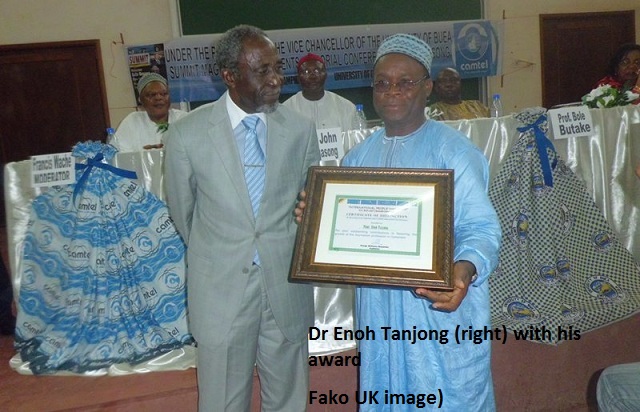 The ceremony also witnessed the presentation of awards honouring ten Cameroonians from different walks of life. An award was presented to Dr Dorothy Njeuma for her contribution to quality education in Cameroon, Dr. Enoh Tanjong, Founding Chair of the Department of Journalism and Mass Communication, University of Buea Cameroon, for his contribution to the growth of journalism education in Cameroon, Justice Menyoli Charles Namme as the most outstanding person in the Judiciary, the chairman of the Social Democratic Front (SDF), Ni John Fru Ndi for his contribution to the democratisation process in Cameroon, Rev. Nyansaku Ni Nku and Cardinal Christian Tumi as peace crusaders and outstanding religious men.

The management of the Cameroon Development Corporation (CDC) was also honoured with a certificate as the best state corporation. Gregoire Owona of the Cameroon People Democratic Party (CPDM) was also singled out for his political contributions, Prof Bole Butake went home with a certificate for his works in Theatre Arts and Prof George Nkeng Elambo of the Advanced School of Public Works in Yaounde was also honoured. 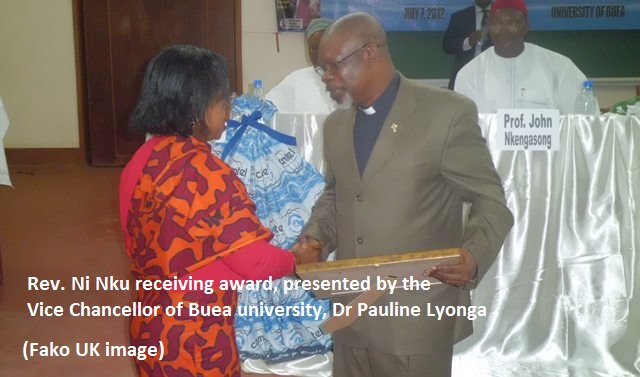