Having the Heart and Hands of Jesus in a Decaying Society 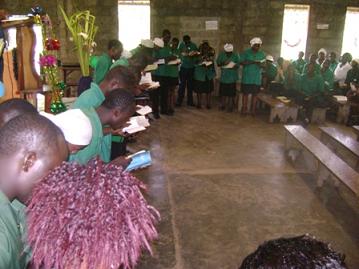 to death just to save mankind from eternal condemnation. Speaking at the two-day rally, Pastor Tuteh explained that for Jesus to leave his heavenly glories to expose himself to all human phenomena is in itself the fullness of God's glory and love. In the same spirit, the pastor told the youths to have the minds of servanthood, humility and simplicity and exercise God's love towards each other and the general public as Christ did. After explaining the life of Christ here on earth, the spiritual counsellor maintained that christian youths must learn to make a distinction for members of society to copy. 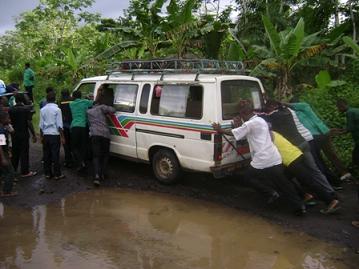 Drawing inspiration from the Episle of Paul the Aposle to the Philippians,  Pastor Tuteh said that even though youths find themselves in a decaying society, they are expected to avoid the standards of this age and use their lives as a living example. He said that even though Jesus Christ took human form while on earth, He(Jesus) rebuked everything that failed to give His Father(God) glory. He said that Jesus chased away persons who had transformed the house of God to a market place and also rebuked the Pharisees without compromising his faith. Likewise, he encouraged the Youths to resist all forms of temptation in the midst of difficulties. 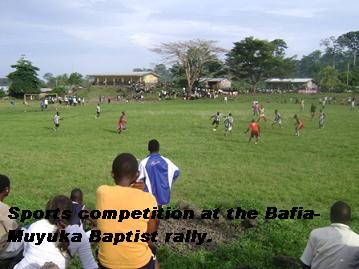 Pastor Tuteh pointed out that some youths today are involved in homosexuality, prostitution, bribery and corruption thinking that it is the last resort after failing to secure a job. He warned that it would be disastrous for many when on the last day the Lord shall strike. According to the pastor, youths can still achieve in life if they humble themselves and wait for God's time. Drawing his conclusions from the book of Philippians, the man of God told the congregation to avoid selfish ambitions, have the lowliness of mind and esteem others better than themselves.

A resource person at the rally, Tata Yerima, said that it is important for parents allow their children grow in the presence of God than allowing them in clubs and other unholy places. Mr Yerima explained that when children grow to know and understand God, it would be difficult for the standards of the world to corrupt them. Mr Yerima said that without the Spirit of God as a guide, many youths would lose direction and the future of Cameroon would be uncertain. He explained that it is for the above reasons that the Cameroon Baptist Convention organises rallies, conferences at different field and age levels. 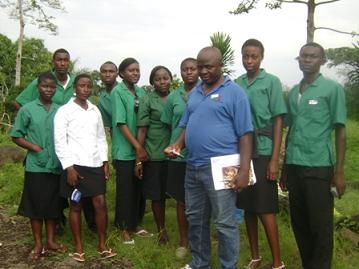 Talking about what inspired this year's youth rally theme 'Having the Heart and Hands of Jesus in a Decaying Society', the Soppo Field Youth president Hans Monono explained that it is in line with the present circumstances youths find themselves in today in Cameroon. He added that there are many things which the standards of the world have set as right, but which are wrong according to scriptures, so it is necessary that these things are pointed out and made clear to members of the public without any fear.

At the end of the occasion, Mr Monono thanked the youths for braving the poor transport conditions to get to the rally at Bafia(wafvia in Bakweri).