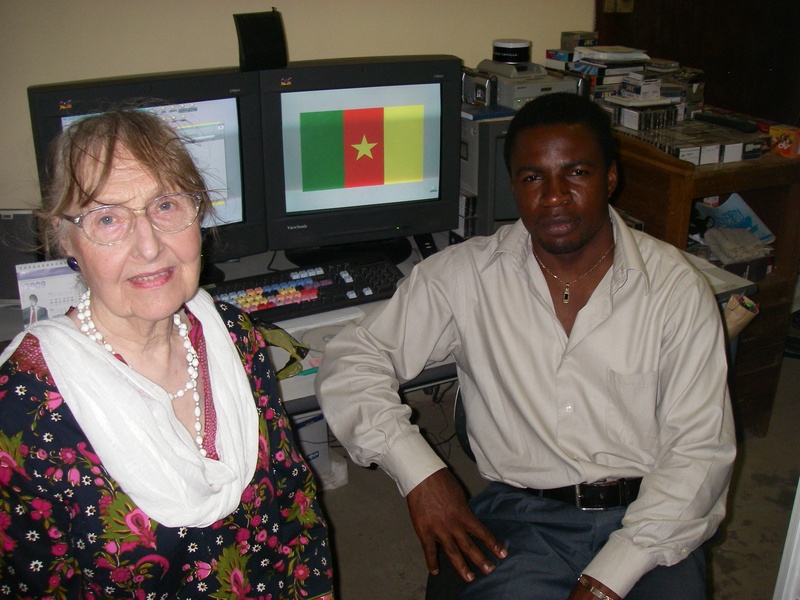 When you listen to her speak, you might  mistake the identity of British-born Shirley Ardener for a Bakweri indegene because of her fluency in 'Mokpwe', the mother tongue of Bakweri people of Fako division, Cameroon. The British Lady who started a project in 1949 with her late husband, Edwin Ardener, to study the cultural heritage and anthropology of the people of the South West Region of Cameroon and the Nigerian borderlands, has recently published a book entitled ' Encountering Transformation and Identity', in Cameroon.

The book was recently launched in the amphitheatre-250 of the University of Buea, Cameroon. In the 280-page book, Ardener presents key historical and anthropological essays that adopt a critical and logical move towards the production of ethnic, political, religious and gendered identities for the people of the South West Region of Cameroon and the Nigerian borderland.

The pioneer Vice Chancellor of Buea University, Dr Dorothy Limunga Njeuma and spouse in the preface of the book, revisit historical and innovative ethnographic materials of the South West Region. Speaking during the book launch, the director of academic affairs at the University of Buea, Dr Joyce Endeley, disclosed that Shirley Ardener has thrown her weight behind the department of Women and Gender Studies of the University of Buea. According to her, Ardener has connected lecturers in the department to profit from exchange programmes at Oxford University in Britain.

It should be noted that one of the works of Shirley Ardener and her late husband Edwin Ardener, was the creation of 'Buea Archives' in 1969, which later provided one of the preponderant supporting documents that helped Cameroon's case against Nigeria over the oil-rich Bakassi Peninsular.   Shirley Ardener has 60 publications to her credit.