FAKO UK ANALYSIS OF THE 2011 GCE EXAMINATION RESULTS OF SCHOOLS IN FAKO DIVISION. 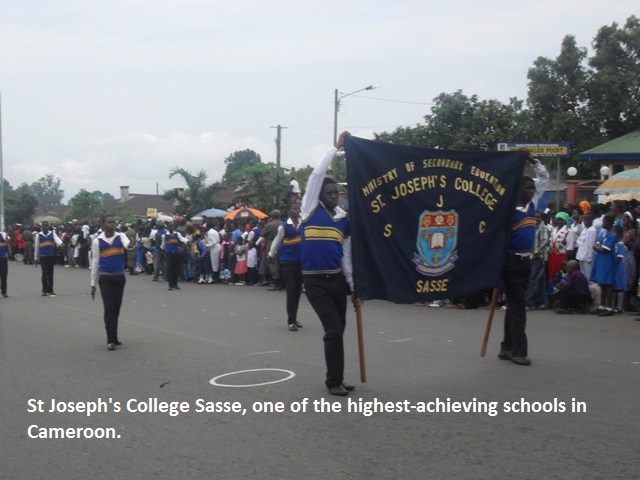 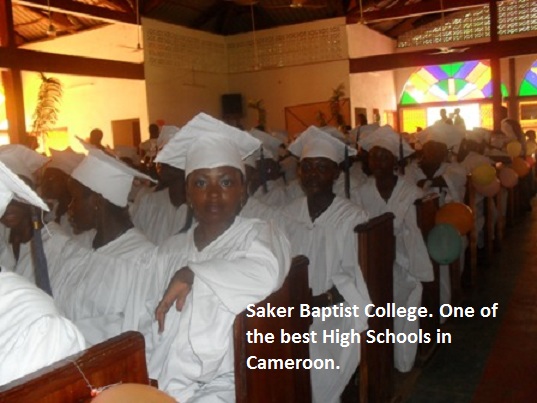 On average, the number of students (internal candidates) in Cameroon who passed in this year’s exam (passed in any 4 or more subjects) dropped from 69.43% last year to 54.51% this year, one of the biggest drops in the history of the GCE. In Fako Division, the drop was bigger; from 69.76% last year to this year’s 44.10% (a drop of 25.66%), the biggest drop in the GCE history of Fako Division.

ENGLISH LANGUAGE AND MATHEMATICS AT THE ‘O’-LEVELS

Every subject that students in English-speaking schools in Cameroon do in school and in national exams is important and counts towards their overall assessment in GCE exams. However, the academic strength of every school at the GCE Ordinary level stage (forms 1 to 5) depends on the strengths of their English and Maths departments. These subjects hold the key to the career paths for most students. Students will not be admitted into Buea, Bamenda and English-speaking Universities worldwide if they do not have a pass in ‘O’-Level English or equivalent, and must have a pass in Maths without which they will not be allowed to pursue a science career. Most universities in the world will not admit, at undergraduate level, anybody who does not have a pass in both Maths and the main language of that country irrespective of what course they want to do. The question now is how did Fako Division’s schools perform in English and Maths?

English: Saker Baptist College, whose students and ex-students have a reputation for being the ‘Grand Mistresses’ of English grammar in Cameroon, did their school and Fako Division proud by producing 113 out of 116 students who passed overall including English Language( 1st in Fako, 1st in the South West and 2nd in Cameroon after Sacred Heart College Bamenda who had a 100% pass rate in English). Sasse College had 108 out of 118 (91.53%) students pass in English, 2nd in Fako Division. The median pass rate in Fako Division was 40.71%, very mediocre. This means that a large number of students have to re-sit GCE ‘O’-level English if they want to go to university.

Mathematics: performances in Mathematics in Cameroon at the ‘O’-Levels have been very poor ever since the GCE was introduced in Cameroon. The national average was just 18.49%. This means that if any group of 5 students doing the ‘O’-levels in Cameroon are selected at random, only one of them will pass Maths. This is frightening!

For the first time in more than ten years, Saker Baptist College lost the top position as the school with the best Maths department at the ‘O’-levels in the South West. They were knocked off the top position by Sasse College, where 110 out of 118 students passed in Maths, giving a percentage pass rate of 93.22%, the best GCE Maths results in the school’s entire history. Sasse was beaten only by Sacred Heart College Bamenda, who had a Maths pass rate of 98.77%, the best in Cameroon this year. Still in Maths, Bishop Rogan College came 2nd in Fako Division with 38 students out of 41 (92.68%) passing, Saker Baptist College came 3rd with a pass rate of 77.59% and Presbyterian Comprehensive Secondary School, Buea, came 4th with a pass rate of 56.38%. The remaining 50 schools had pass rates ranging from 39.45% to 0%, with a median pass rate of just 21.07%.

There are five key questions about Mathematics that should be answered by teachers, students, parents and the Cameroon government; (1) Are GCE ‘O’-Level Maths exams too hard?  (2) Are most teachers of Maths in Cameroonian schools competent enough and dedicated to teach Maths?  (3) Are Cameroonian students naturally poor at Maths? (4) Do Cameroonian students spend enough time revising Maths as they do in other subjects? (5) Is there any government BODY that monitors the quality of teaching and learning of Mathematics in schools, and also monitors performances in Maths in national exams at primary school stage and GCE ‘O’-Levels? Answers to the above 5 questions will give us a clue as to why Maths results are very poor overall in English-speaking Cameroon.

On average, 80.46% of ‘A’-level students from schools (internal candidates) in Fako Division passed their Advanced Level GCE exam, 3.47% above the national ‘schools’ average of 76.99%. Overall, ‘A’-level students from schools in Fako Division had the highest number of A and B grades in the South West Region of Cameroon, which shows that the greatest strength of Fako Division’s High schools is in the A-levels: Christian schools, government schools and other private schools all played an important part in these excellent results achieved by students who did their A-levels in Fako Division. Across the 34 out of 54 secondary schools in Fako Division that offer courses at the A-levels,  ‘A’ and ‘B’ grades were common in all subjects especially the sciences. Saker Baptist College led the rest with a 100% pass rate and having the most number of students who sat the exam(1st in Fako, 1st in the South West and 3rd in Cameroon). Sasse College and Bishop Rogan College also had a 100% pass rate each. Of the government schools, GHS Bokwaongo, Buea, came top with an impressive pass rate of 86.45%. Of all the divisions in Cameroon that do the A-levels, only Mezam in the North West had more ‘A’ and ‘B’ grades than Fako Division, and the gap is narrowing year-on-year. At the A-levels in Fako Division, the hard work and dedication of teachers, students and their parents have secured these excellent grades and the schools are justifiably delighted with the results. A High School teacher from a government school in Buea said ‘’these results show that Fako Division’s schools are very good at preparing students for university and that is why many parents across Cameroon send their children to High Schools in Fako Division. Also, the large student population in Fako Division is the main booster of the economy of the division. Students who attended school in Fako Division can be found in our universities doing prestigious and lucrative courses such as medicine, general sciences and law to mention just a few. They can also be found in universities all over the world doing good courses in the Arts and the Sciences. A-Levels are very strong in Fako Division and teachers and students deserve praises’’.